Two of a Kind by DearDiary

Two of a Kind by DearDiary
Chapter 1: Two of a Kind
Author's Notes: Hello, wonderful people!
This is a quick something before work. The starting words to this fic were taunting me in my phone's notes, and I decided to let my imagination fly. Hope you will like it. Sorry for not replying to your kind comments, I will get there soon, thank you for sticking with me. 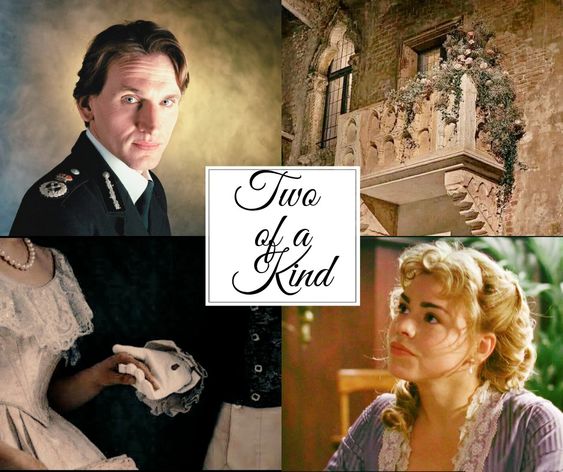 He hates polite society and the rules that apply to it. He resents the intricate web of etiquette and proper conduct. He scowls each time he has to smile pleasantly and listen to Lady Cassandra wittering on and on again about her husband's hounds or about the price of the estates in the countryside. Rose saw Doctor John Smith rolling his eyes (how scandalous!) at the inane flattery of the debutantes at the balls, and Rose snickered when one of said debutantes presented Doctor Smith with a white lily from her bosom, eyelashes fluttering seductively at the man’s eyes.

Rose will never be able to describe the sheer terror on Doctor Smith’s face. The utter terror at being flirted with so bluntly by a girl twenty years younger than him.

Rose does feel bad for Doctor John, though. The cream of society only tolerates him because of his wealth, hefty inheritance and a noble bloodline. Were he poor, the people from the society would have never even tried to include him. Rose also overheard Penelope O’Brien giggling at Doctor Smith’s ‘huge ears’, and she pinched the girl’s arm, causing the girl to squeak, and told Penelope to mind her own business.

Wealth is probably one of the reasons why Rose is tolerated in society, too, not loved by it sincerely like Lady Lynda is. Lady Lynda is the city’s sweetheart, adored by all people around her. Rose, on the other hand, is not, but she is the only daughter of Pete Tyler, a wealthy earl, and she is the heiress to all the riches provided by her father.

It makes her a desirable wife.

It also makes her the most hated of the ladies in the unmarried female society.

Rose doesn’t feel particularly bad about that. She has friends, married friends, true friends who love her for who she is and who don’t mind her ‘crude’ and unladylike manners. Rose knows she will always have the support and friendship of her dear friends Lady Amy and Lady Gwyneth.

They are two of a kind, Rose and Doctor Smith. Both well-off and disliked by the majority of people around them.

It is a silly notion, perhaps, but Rose thinks that she fancies Doctor John a little. Well, maybe not a little. She feels a certain pull when she sees him, and Rose thinks of herself as a magnet, being drawn to Doctor Smith.

She suspects her attraction may be reciprocated when Rose notices how Doctor Smith jumps off his seat whenever she enters her father’s study when he is visiting the Tyler’s Estate. Doctor John always scowls when he has to do so at the dinner parties yet he seems eager to respect Rose’s appearance in the room. Always. He smiles kindly whenever he hears her mother, Lady Jacqueline, tell her off for being mouthy with Rose’s Aunt, Lady Maureen. Doctor Smith pours Rose’s tea much to the crowd’s shock at his doing the ‘lady’s duties’, and he kisses her knuckles almost reverently when he usually kisses ladies’ gloved hands grudgingly.

Rose knows for sure that her feelings are truly mutual when Doctor John finds her, unchaperoned, on the balcony at the ball, and asks Rose earnestly if she’d like him asking her father’s permission to court her officially. It’s against all the rules, him approaching her before approaching her father, but Rose’s heart soars - Doctor Smith does to avoid Rose being uncomfortable by being pressured into marriage with him.

She’s over twenty years, Rose is, and her mother is getting desperate to marry her off before Rose is declared a spinster.

John, however, honestly wants Rose to feel safe and to make sure that she is truly harbouring some fondness towards him.

Rose harbours an ocean of fondness to John in her heart.

When Rose replies breathily, ‘Yes, Sir,” lips trembling with excitement, Doctor John rolls his eyes good-naturedly and bows to her eye level, the features on his face impossibly soft.

“Stop with the stiff rules, Rose. If we’re to be together, I want us to be John and Rose, none of this Lord and Lady nonsense,” he speaks quietly before widening his eyes, realising his rudeness, “if you wish so, of course.”

This story archived at http://www.whofic.com/viewstory.php?sid=64163